The design of a Bryant control consists of two basic components, the Triac Assembly and the Trigger Board. 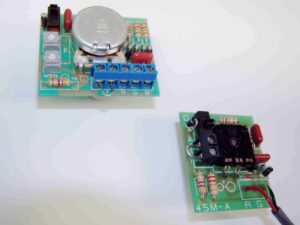 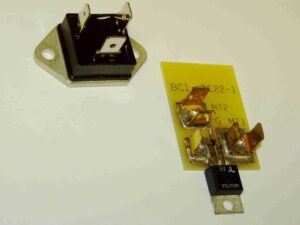 If a control seems to be running “full on” and turning the control knob has no effect, it is possible the Triac Assembly has failed.  When a triac fails, it almost always fails in the conducting “full on” mode.

A simple way to verify that a Triac Assembly needs to be replaced is to remove the cover and temporarily disconnect anything connected to the J1 terminals on the Trigger Board. 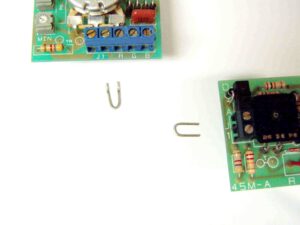 If the output of the control is still “full on ” after removing the J1 jumper or any other device connected to the J1 terminals, the Triac Assembly is defective and will have to be replaced.

For your convenience we accept VISA, M/C, American Express and Discover Cards.